To mark the 800th anniversary of the union of the dioceses of Dublin and Glendalough Christ Church Cathedral, Dublin, will host a series of lunchtime talks by experts in medieval history. All lectures commence at 1.30pm, the first of which will begin on St Laurence O’Toole’s day, Monday 14 November, and continue on 16-18 November. Admission is free and all members of the public are welcome to attend.

Professor Seán Duffy (Trinity College, Dublin), ‘A Hiberno-Norse perspective on the union of the dioceses of Dublin and Glendalough

Dr Michael O’Neill (independent), ‘The cathedrals of Dublin in 1216’

Dr Adrian Empey (Church of Ireland Historical Society), ‘An Anglo-Norman perspective on the union of the dioceses of Dublin and Glendalough’

Information about the speakers:

Dr Michael O’Neill is an independent architectural historian who has published on aspects of Irish church architecture from the medieval to the modern. His latest book Episcopal visitations of the diocese of Meath, 1622–1799 is due to be published with Four Courts Press shortly.

Dr Rachel Moss is head of the Department of History of Art and Architecture at Trinity College, Dublin. Her primary research interests focus on Romanesque architecture and sculpture in the later medieval period, in particular the social context of medieval art and architecture. Among her publications include The Art and Architecture of Ireland, vol 1. The Medieval Period c. 400-1600 (London, 2014)

Dr Adrian Empey is a retired medieval historian and honorary secretary of the Church of Ireland Historical Society. His research interests include the Butler lordship in medieval Ireland and the origins of the parish in medieval Ireland. He recently published Gowran, Co. Kilkenny, 1190-1610: custom and conflict in a baronial town (Four Courts Press, Dublin, 2015). 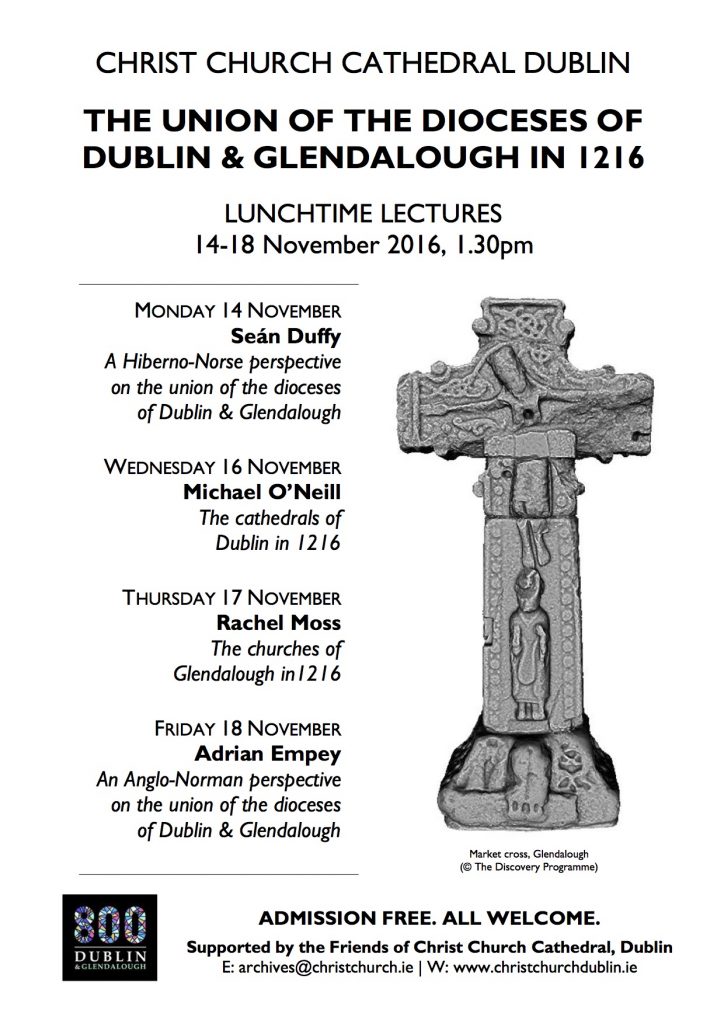