The Church of Ireland Historical Society is delighted to announce that the 2016 W.G. Neely Postgraduate Prize Winner is Kathryn Sawyer. Her paper was entitled ‘“A disorderly tumultuous way of serving God”: Prayer and social order in Ireland, 1660-1689’. Kathryn receives €150 and her essay will now be considered for publication in Ireland’s premier historical journal: Irish Historical Studies.

Kathryn is a PhD candidate in History at the University of Notre Dame in Indiana. She is currently based in Geneva where she held a Fulbright Fellowship between 2015 and 2016 and is now a visiting researcher at the Institut de l’histoire de la Réformation until February 2017. Her dissertation, ‘True Church, National Church, Minority Church: The Church of Ireland in a Restored Empire, 1660-1689’, examines the ways in which the theology of the Church of Ireland both influenced and was shaped by the social and political realities of Restoration Ireland.

The committee of the Church of Ireland Historical Society would like to put on record that the papers submitted were of a high quality and that choosing a winner was a difficult decision. Details for the Neely Prize next year will be announced in Spring 2017. Those who submitted a paper will not be excluded from the competition in 2017. However, his/her paper must be a different paper and he/she must still be pursuing a major research degree at the time of submission.

The W.G. Neely Prize, named in honour of the Society’s founder, provides an excellent opportunity for postgraduate students to promote their work that considers aspects of the Church of Ireland. 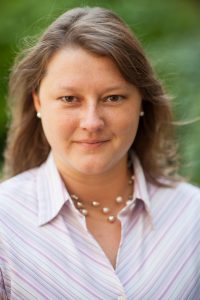